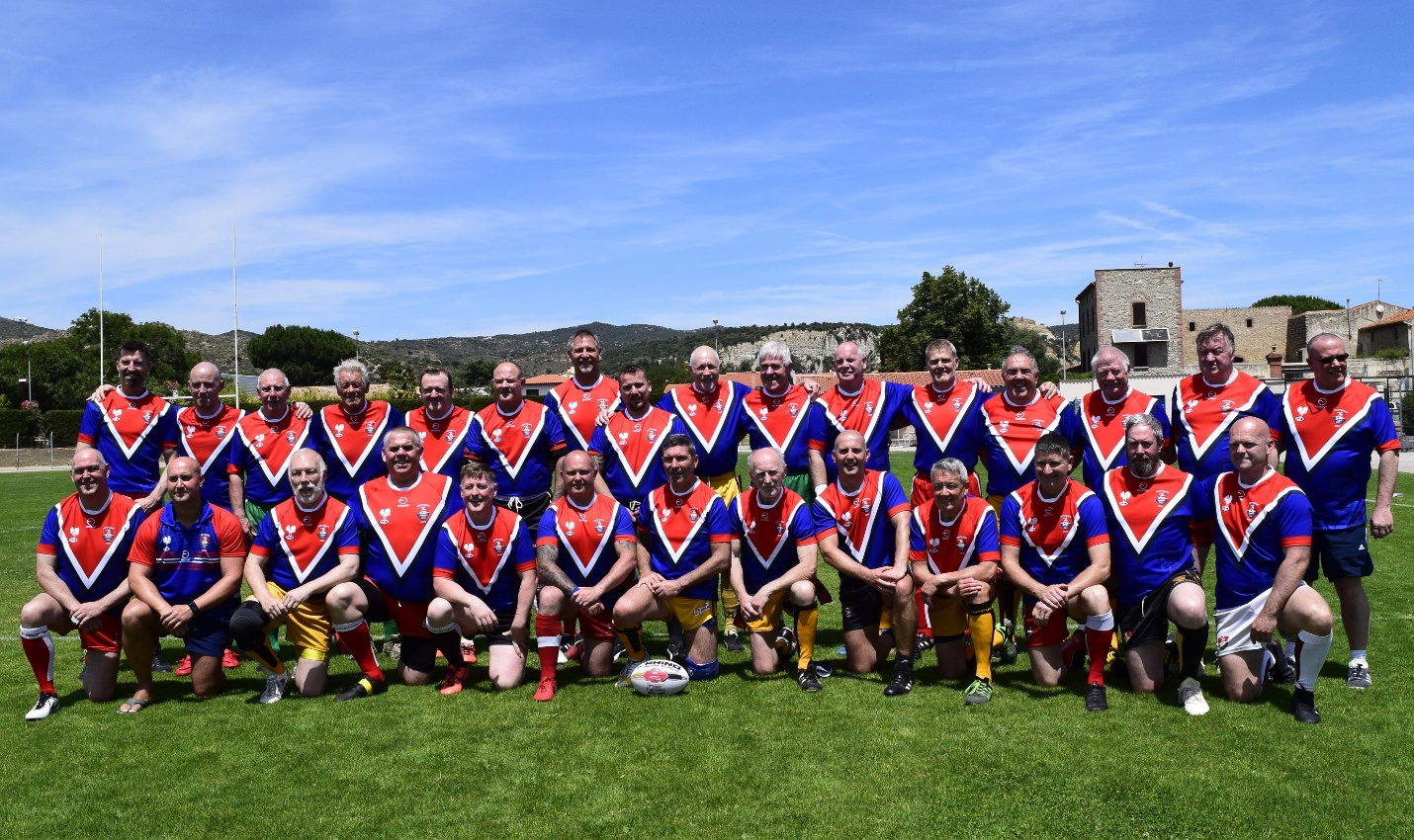 In 1934 Jean Galia introduced the game of “ nouveau rugby" to France. Masters Rugby League marked this anniversary with a second visit to play the Galia Tots, the Masters team of Ille sur Tet the birthplace of Jean Galia. 85 years from the start of Rugby League in France the picturesque Stade Jean Galia was the setting for Masters Rugby League. Prior go the games, Masters gathered to remember the great man, laying a wreath at his memorial at the ground. 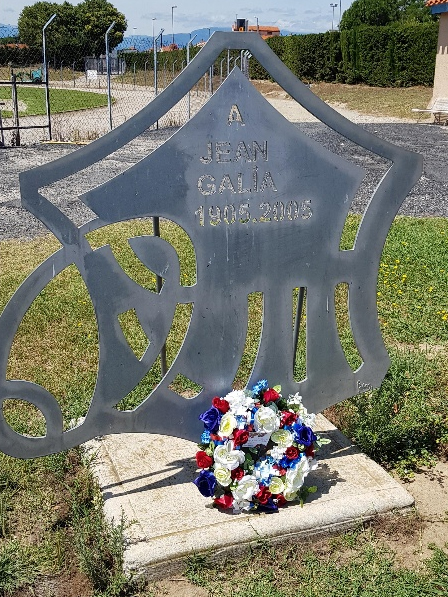 Once again the Masters tour was made up of Masters players from across the country. Team captains Simon Rishworth (Eastmoor) and Carl Fowler (Hull Masters) led their teams on a hot and sunny afternoon. The delight of the French lads was almost tangible! The games were played in perfect Masters spirit: smiles and fun everywhere. A first for Masters in France was a French referee, Patrice Mas, taking control of a Masters game for the first time. Of course it all ended in a draw with the exuberant home side showing how to celebrate at the end of games.

The hospitality from the Galia Tots was excellent with freshly made paella, apple pie together with beer and wine ready for the exhausted players! 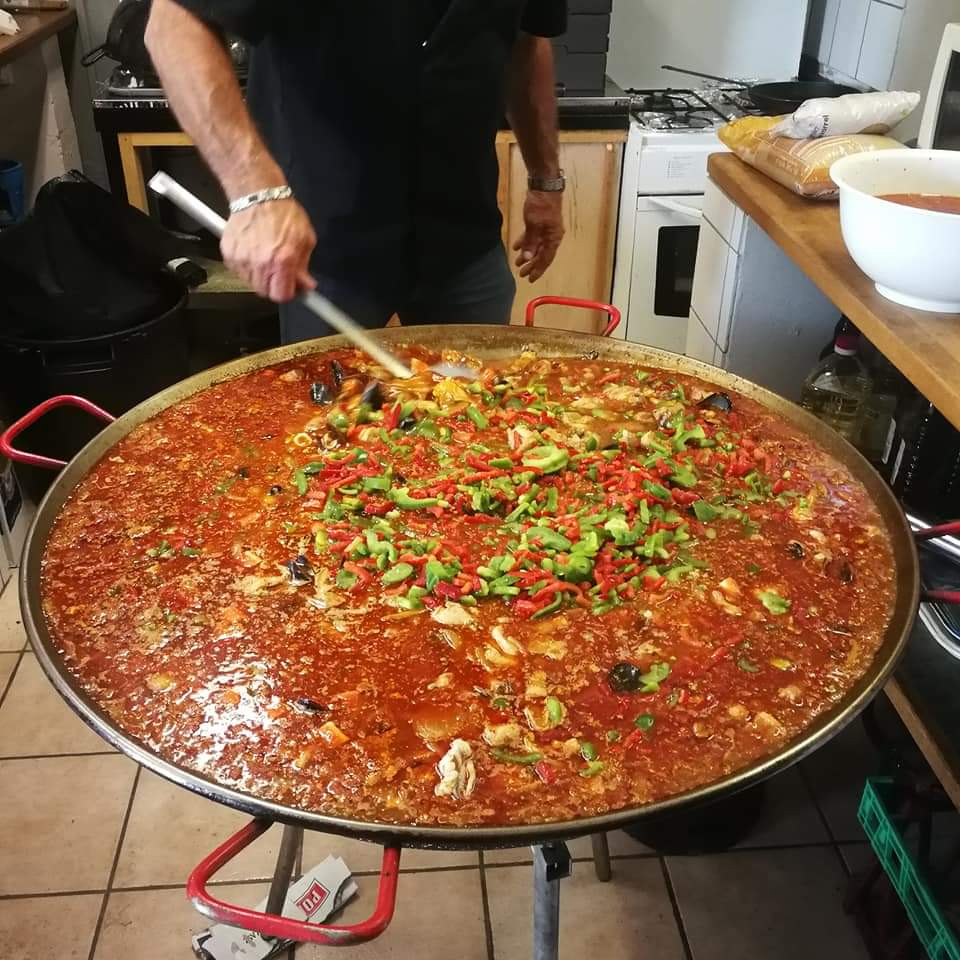 Galia Tots organiser, Stephane Verne, thanked the English Masters for travelling down and presented a club gilet to Masters Chairman, Martin Flynn and bottles wine to the English team captains. The tourist gave their Player of the Day award to Galia Tots' half back, Gerald Fabregas. After the games and some serious socialising, the tourists departed to Perpignan to watch the Dragons play Hull F.C.

The day had started on a serious note, as the touring party laid a wreath at the Perpignan War Memorial to commemorate 75 years since D-Day. The ceremony was attended by members of the French Ancien Combatants, flag bearers and a lone bugler who played the Last Post. The names of Northern Union and Rugby League players who gave their lives in two World Wars were read out by the tourists followed by both British and French national anthems sung “a capella “ 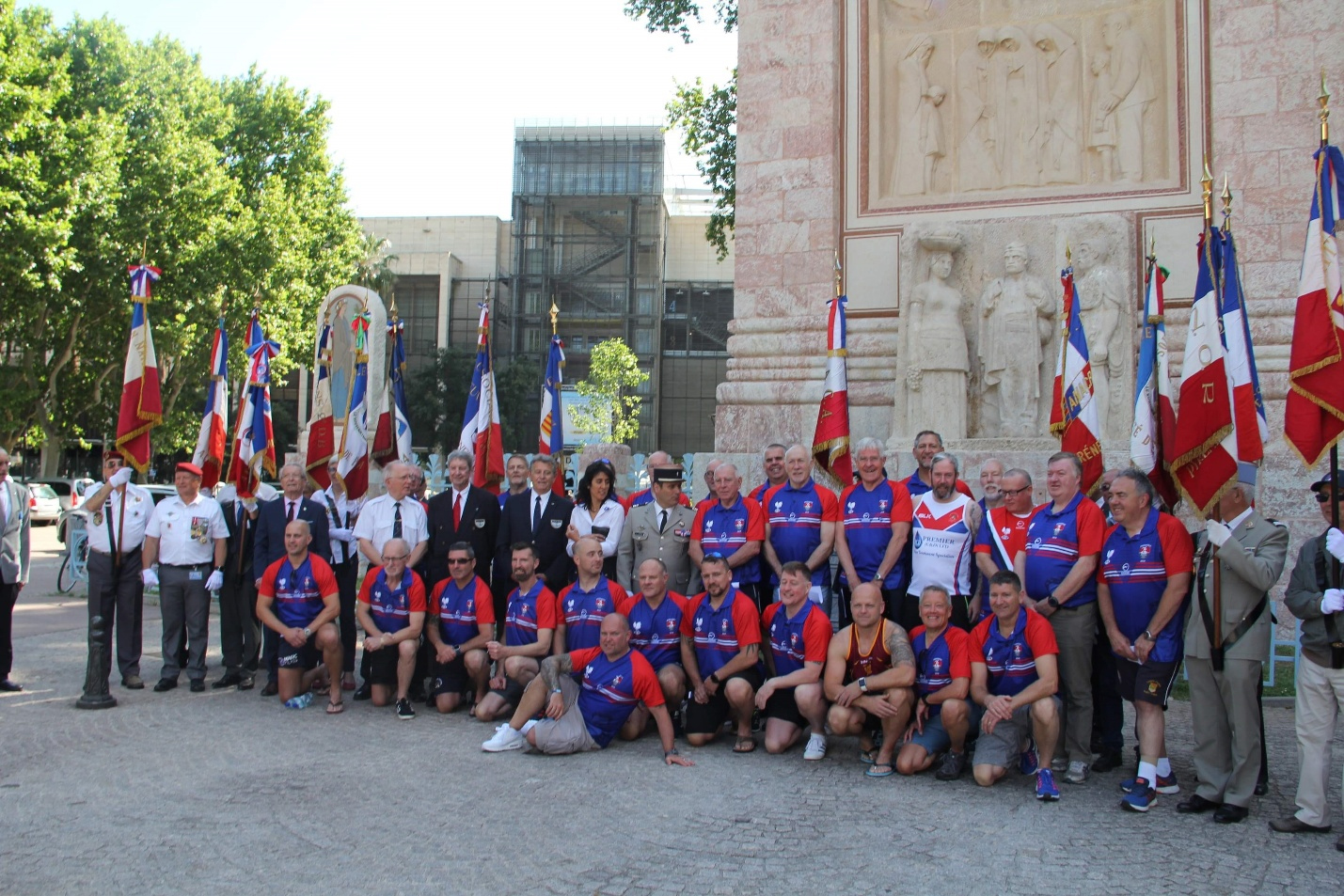 After the exertions of Saturday both on and off the pitch, Sunday was a socialising day in the historic, medieval city of Carcassonne followed by the end of tour presentation dinner. Master of the Tour, selected by his fellow tourists, was first time tourist, Dave Livesey, who commented “ a truly memorable tour. Both Liz and I have had a fantastic time, creating new friends and making fantastic memories with brilliant people! Here's to the next trip!”

Masters Rugby League in France has a solid base at the Galia Tots. They will be playing in England in September when they take part in the National Masters festival at Blackpool on September 7th.